Bus passenger and her husband brought suit against county, its bus driver, taxi company, its driver, and its insurance carrier. After passenger and her husband settled with taxi company, its driver, and its insurance carrier, county refused proposed settlement and filed third-party action against taxi company, its driver, and its insurer, alleging that prior settlement had been made in bad faith. The Circuit Court, Dade County , Harold G. Featherstone, J., entered summary judgment against county on third-party action and in favor of passenger and her husband and against county as to liability, and county appealed. The District Court of Appeal held that: (1) county failed to demonstrate that settlement was made in bad faith, and (2) summary judgment against county and its bus driver was precluded on question of liability by existence of factual issues.

Affirmed in part and reversed in part with directions.

We provide legal services all throughout Florida including… 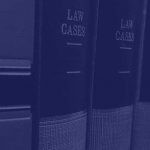